Spider Silk Tapestry, the First of Its Kind 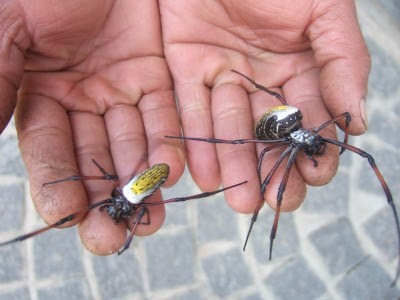 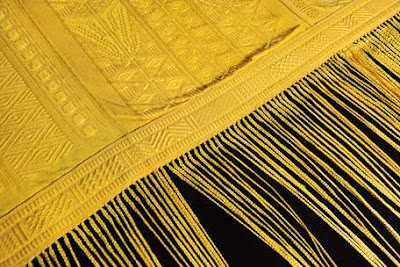 Since we buy, sell, clean, repair and restore tapestries, this news caught my eyes.

An amazing and rare textile, woven from golden-colored silk thread produced by more than one million spiders in Madagascar, went on display on September 23, 2009 in the American Museum of natural History in New York.

The production involved 70 people who collected spiders during the rainy season, the only time when they produce silk. A dozen more people were needed to draw the silk from these giant spiders with hand-powered machines, with each spider producing about 80 feet of silk filament.

This intricately-patterned spider silk features stylized birds. The silk fiber was gathered from the female golden orb spider which is renowned for the lustrous golden hue of its silk fiber. The male spider does not produce silk. These spiders are found throughout the tropics and are known as golden orb weavers for their big, gold-colored webs. The webs can often be seen between telephone and electrical wires—and are sometimes large enough to span a one-lane road.

Almost all silk fabric is made from silkworm moth cocoons, but people have occasionally tried to make cloth from spider silk. One of the biggest challenges is the cannibalistic nature of spiders, which makes it very difficult to raise them in captivity, unlike silkworms. Spiders can be collected in the wild and then placed in a device to keep them still so the silk can be drawn. Afterward, the spiders are released back into the wild.

For more information, you can visit the museum's web site: http://www.amnh.org/exhibitions/spidersilk/?src=e_h. I got the pictures and the main news from this web site.