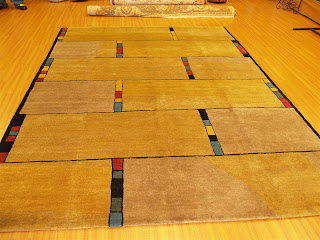 In 1959, Chinese invasion forced Tibetans to migrate by the thousands through the Himalayan mountains in search of a new home. Many settled in the Kathmandu valley where they received the support of the Swiss government to initiate a cottage industry of carpet weaving based on centuries-old tradition and technique. Initially, small rugs were produced for the growing tourist population in Nepal. In the 70s, German buyers recognized the charm and beauty of the Tibetan carpets and began to buy and distribute the designs throughout Europe. In the 80s, Tibetan carpet production rose to second standing as the nation's leading industry and it wasn't long before rugs were being designed and imported to the United States for the American market. 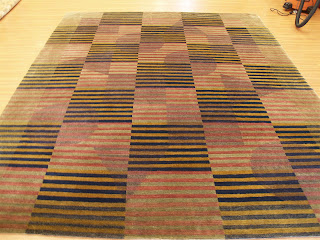 From the early 1900s a wider range of synthetic colors became available to Tibetan weavers, and this seems to have stimulated the production of new and more complex designs, also based loosely on traditional Chinese motifs. The period of 1900-1950 saw the production of many colorful new designs featuring dragons, phoenix, floral motifs, clouds and so on. Though the main influence was Chinese, western textile designs were also copied occasionally.

Very Cool! I love Rugs too!