The Wagner Garden Carpet is one of the most amazing garden carpets to have survived to the present. It was produced during the Safavid period in 17th century Kirman, a well known carpet-making city in south-eastern Iran. The layout of the carpet evokes an image of the earthly paradise as inspired by both the ancient Iranian ‘chahar-bagh’ – four-quartered garden – and the description of Paradise in the Quran. Water channels divide the walled garden, and meet at a central pool. On the banks of the waterways trees, bushes and shrubs blossom and bloom all at the same time; and animals (both predators and pray), birds of all types, multi-coloured butterflies and moths inhabit the garden. Fish and ducks populate the waterways, who’s shimmering waters are cunningly illustrated by the drawing of a lattice pattern with varied thicknesses of line and colour.

This carpet was purchased by Sir William Burrell in 1939, and he donated it with his collection to the City of Glasgow in 1944. It measures 5.31 m long and 4.32 m wide; and is made up of cotton warps; wool, cotton and silk wefts; and wool pile. It acquired its name ‘Wagner’ from a previous owner who acquired it at the beginning of the 20th century.

Sir William Burrell’s prized 17th century Persian  “Wagner” Garden Carpet is believed to be the second most important Iranian carpet in the UK after the Ardabil Carpet at the V&A Museum. Due to its large size and condition, 5.5m x 4.3m , this Safavid carpet has only been displayed twice in the last 30 years. Believed to have been made in Kerman/Kirman, or possibly Isphahan, it has a woollen pile, cotton warps, and wool and cotton wefts.

Named after a previous German owner (Wagner), the carpet’s unique and beautiful design is of a four quartered garden divided by water channels that form the letter H, with a water basin in the centre of the short horizontal channel. The garden is filled with images of  Cypress and flowering trees and shrubs, and populated with an array of birds, animals and several types of fish and duck, floating on the water channels. Lions, leopards, gazelles, peacocks, storks and pigeons, roam the garden. The symmetrical layout and bordered water channels are not only reminiscent of Safavid royal gardens in Isphahan, but also resemble descriptions of Gardens of Paradise in the Qur’an.

The Wagner Garden Carpet is considered to be one of the three earliest surviving Persian garden carpets in the world, the other two being at the Jaipur Museum and the Museum of Industrial Art in Vienna. However, the design of this particular carpet is unique, and no other examples resembling it or using part of its base-pattern have yet been identified. 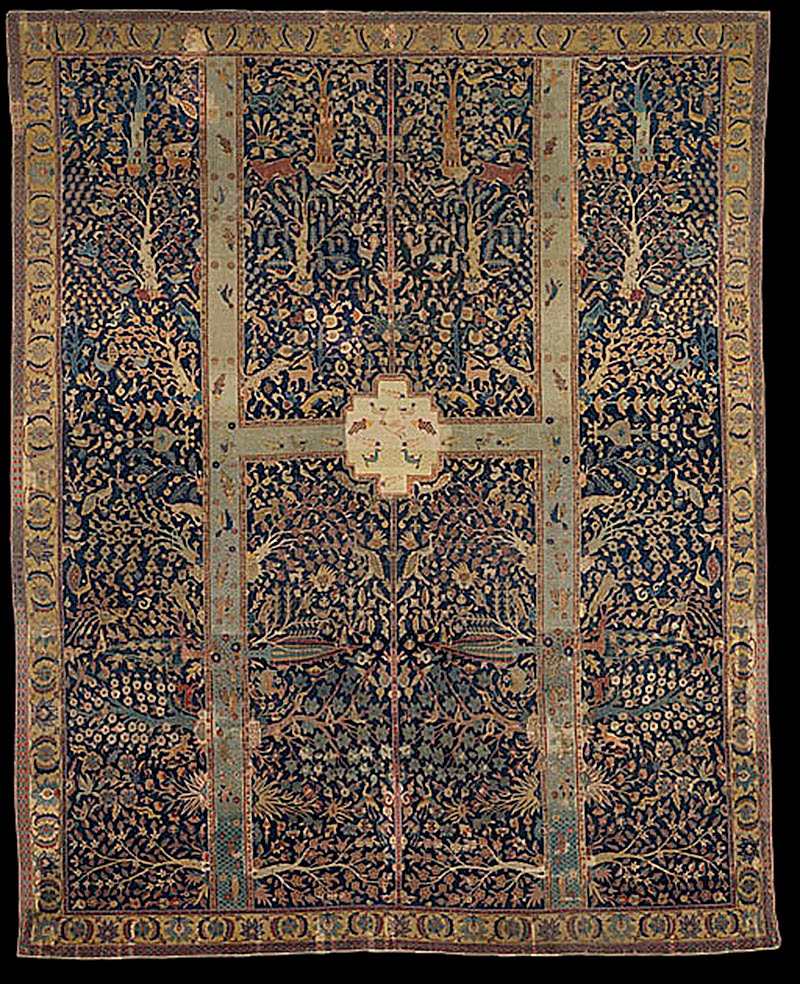 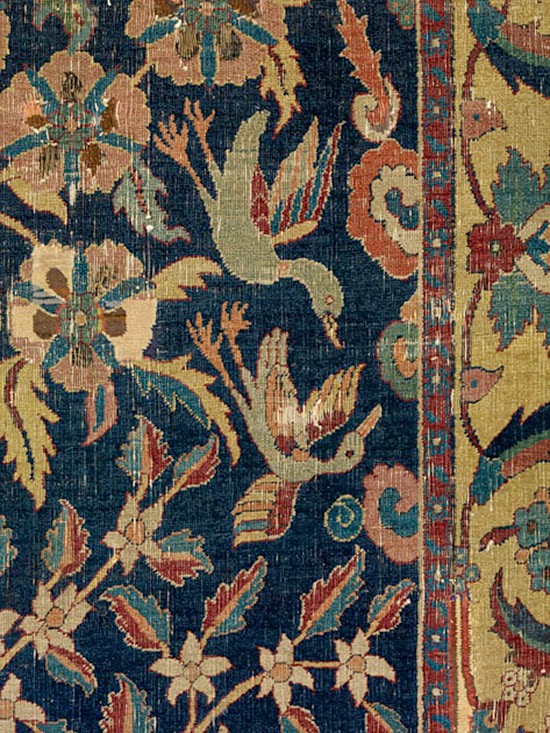 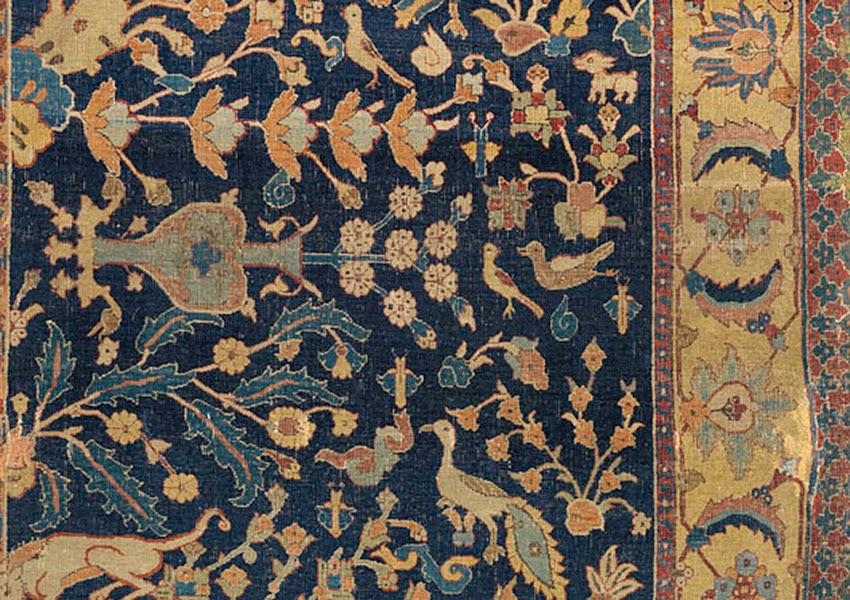 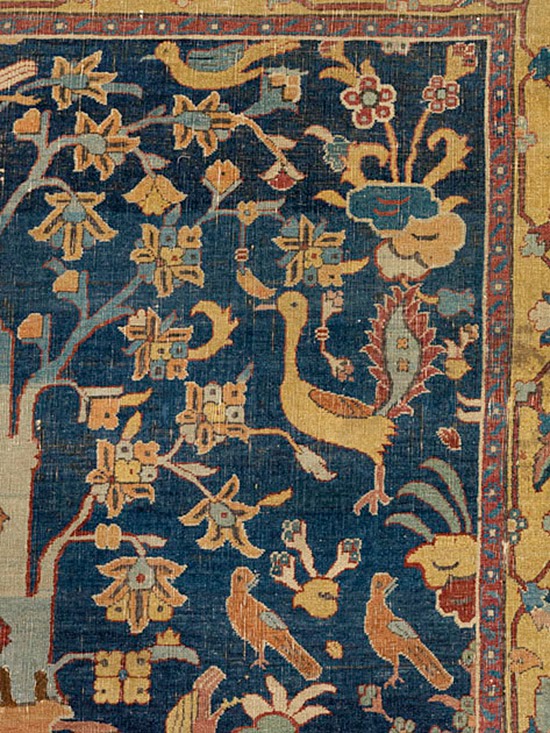 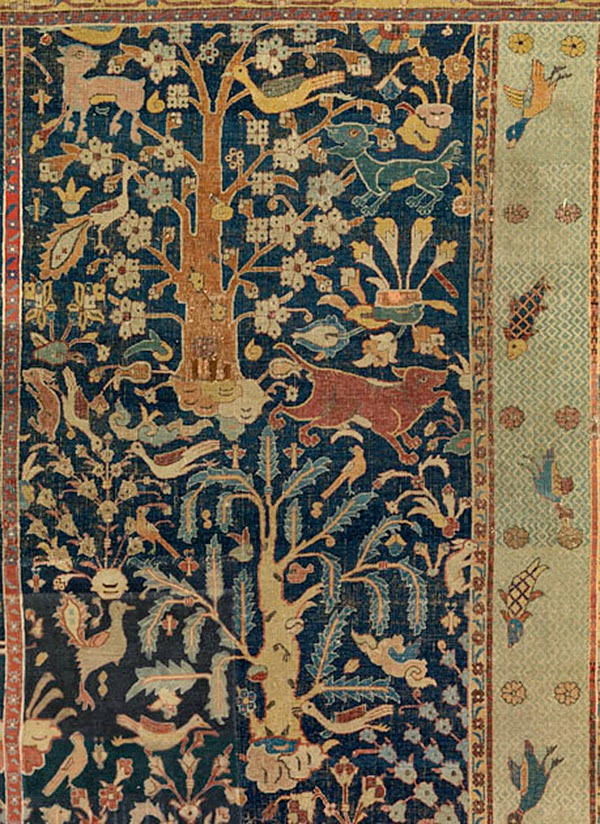 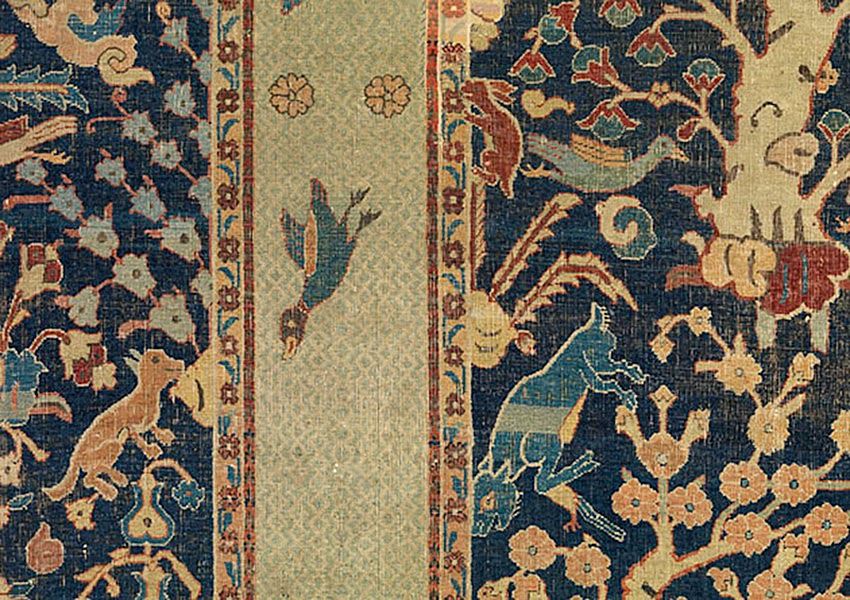 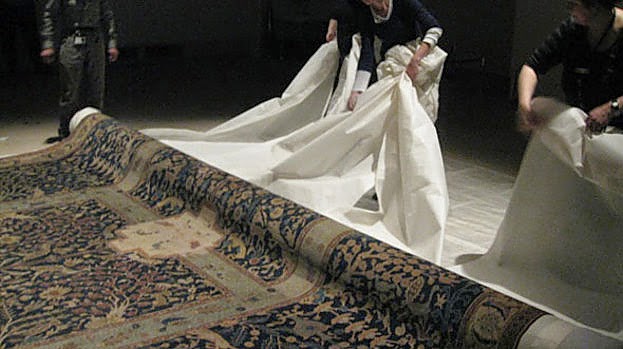