Rug cleaning may cause some white knots to show up in a cleaned and washed hand made carpet. The foundation of a rug can be made of cotton, wool or silk. This foundation is a collection of vertical strands called warps.Sometimes strands are not long enough to go multiple times from one end of the rug to the other end and weavers have to tie knots to make a longer strand. These knots called the "white knots" if not trimmed may show up after the pile is worn out and may make the rug look ugly. Sometimes when a rug is dirty, these white knots do not show up but when we clean the rug, the white knots show up. There are two ways by which we can get rid of these white knots. One is to dye and re-touch them. This is an easy fix but if the rug is in use, the touch up may fade away so the white knots would show up again. Second, white knots are usually cotton and ordinary color markers cannot dye cotton or the color of the marker may not match the color of the pile of the rug. 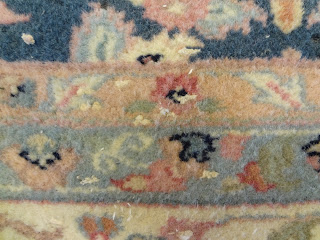 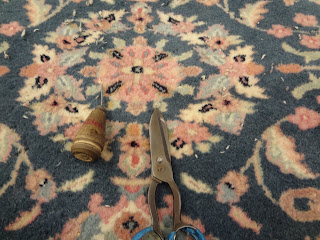 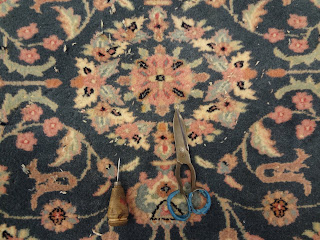 Email ThisBlogThis!Share to TwitterShare to FacebookShare to Pinterest
Labels: White knots and rugs

Thanks for the interesting info. I have that problem with my rugs and the white knots. It's a good thing that I have not started to cut the white knots myself. I will start to look for a professional around my area. I appreciate the info. Regards, Alexandra from NJ