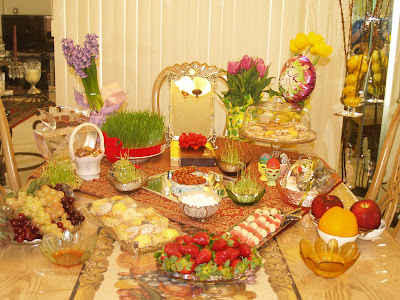 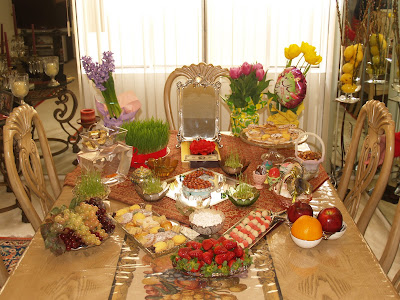 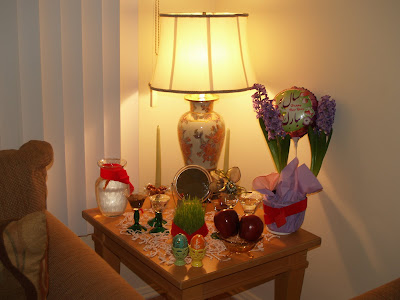 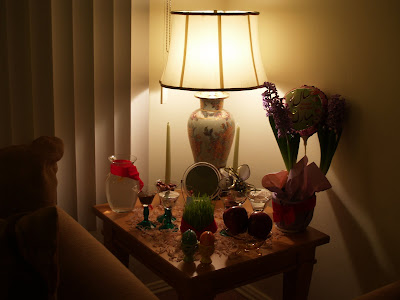 Haft Sīn or the seven 'S's is an important tradition of Nowruz, the Iranian New Year. The haft sin table includes seven specific items starting with the letter 'S' or Sīn (س) in the Persian alphabet. The items symbolically correspond to seven creations and holy immortals called Amesha Sepanta protecting them. The seven elements of Life, namely Fire, Earth, Water, Air, Plants, Animals, and Human, are represented. They also have Astrological correlations to five planets Mercury, Venus, Mars, Jupiter, Saturn, and Sun and Moon. With the advent of Islam the word Amesha Sepanta shortened to and eventually was remembered by just the letter S and the number 7. The Haft Sin has evolved over time, but has kept its symbolism. Traditionally, families attempt to set as beautiful a Haft Sīn table as they can, as it is not only of traditional and spiritual value, but also noticed by visitors during Nowruzi visitations and is a reflection of their good taste. Source: wikipedia.com
Posted by Rug Ideas Dr. Kay Sobhe (Los Angeles) at 4:37 PM