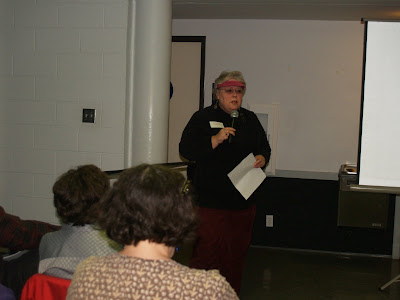 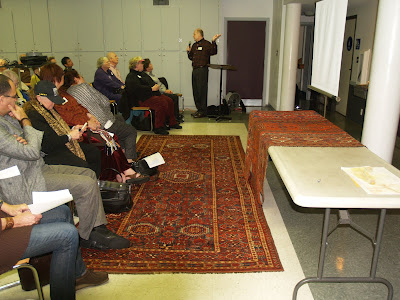 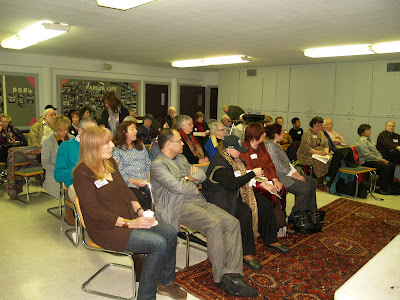 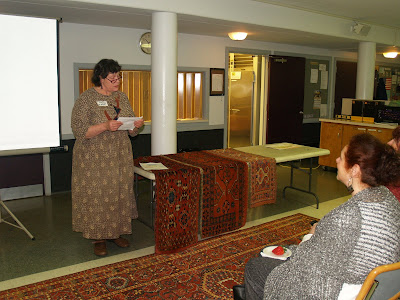 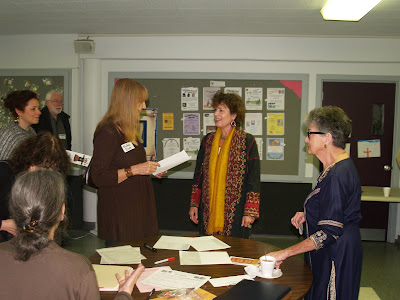 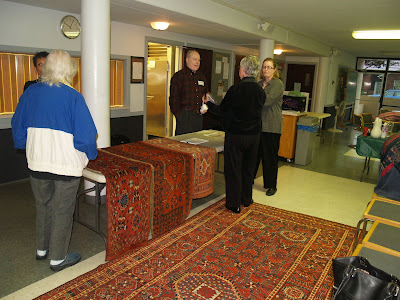 Textile Museum Associates of Southern California, TMASC had a wonderful program on Turkmen weaving of Middle Amu Darya on Saturday March 6, 2010. It was well attended and Peter Poullada delivered a very nice presentation.

There is a large body of Turkman weavings that appear to have come from a number of tribes who lived in a region that was known from the 16th to the 19th century as the Lebab Yurt. The territory of the Lebab, a local term derived from the Persian lab-e-ab, means “waterside” or “riverside,” and refers to the inhabitants of a 200-kilometer strip of land extending on both sides of the Amu Darya (Oxus River) that today marks the boundaries of Uzbekistan, Turkmenistan and Afghanistan. For several years Peter Poullada and his research and collecting colleague, Erik Risman of Indianapolis, have been studying and analyzing a large sample of weaving from this region. This talk will present the current status of a multi-year project to catalogue, categorize, analyze and explain the confusing multitude of weaving currently labeled either "Ersari Turkmen" or "Beshir". Peter will summarize some of their preliminary conclusions and outline several conjectures that explore and challenge the common assumptions and labels that have been given to these weaving. His talk provided two related types of visual evidence: examples of "design archetypes" of Lebab weaving, and a series of photographic images of life in the Lebab region from the late 19th century, in some cases illustrating the usage of these weaving.

Peter Poullada is an independent rug scholar specializing in the tribal ethno-history of Central Asia with particular interest in the Turkmen and to the use of weaving to illuminate the cultural and historical traditions of the peoples of Central Asia. Peter has been collecting Central Asian weaving since the 1960's, taking advantage of three separate extended periods of living in Afghanistan and Iran in the 1960's and 1970's, and in Istanbul for six years in the 1980's. He has a BA in Near Eastern Languages and History from Princeton where he studied Arabic and Persian, and did graduate study at the University of California, Berkeley in Turkish and Central Asian history. After a twenty-year career as an international investment banker, Peter has been returning to Central Asia on a regular basis and has led a number of private tours of Central Asia and Chinese Turkestan.

This wonderful program was followed by a show & tell section.