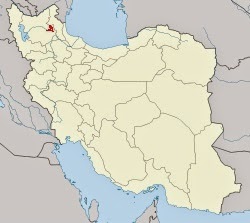 Sarab is marked in this map of Iran on the north west, top left.

Sarab is well known for its carpets and rugs. A very famous carpet workshop which came into existence in Sarab in 1940's was Mohammad Mashayekhi's weaving facility. 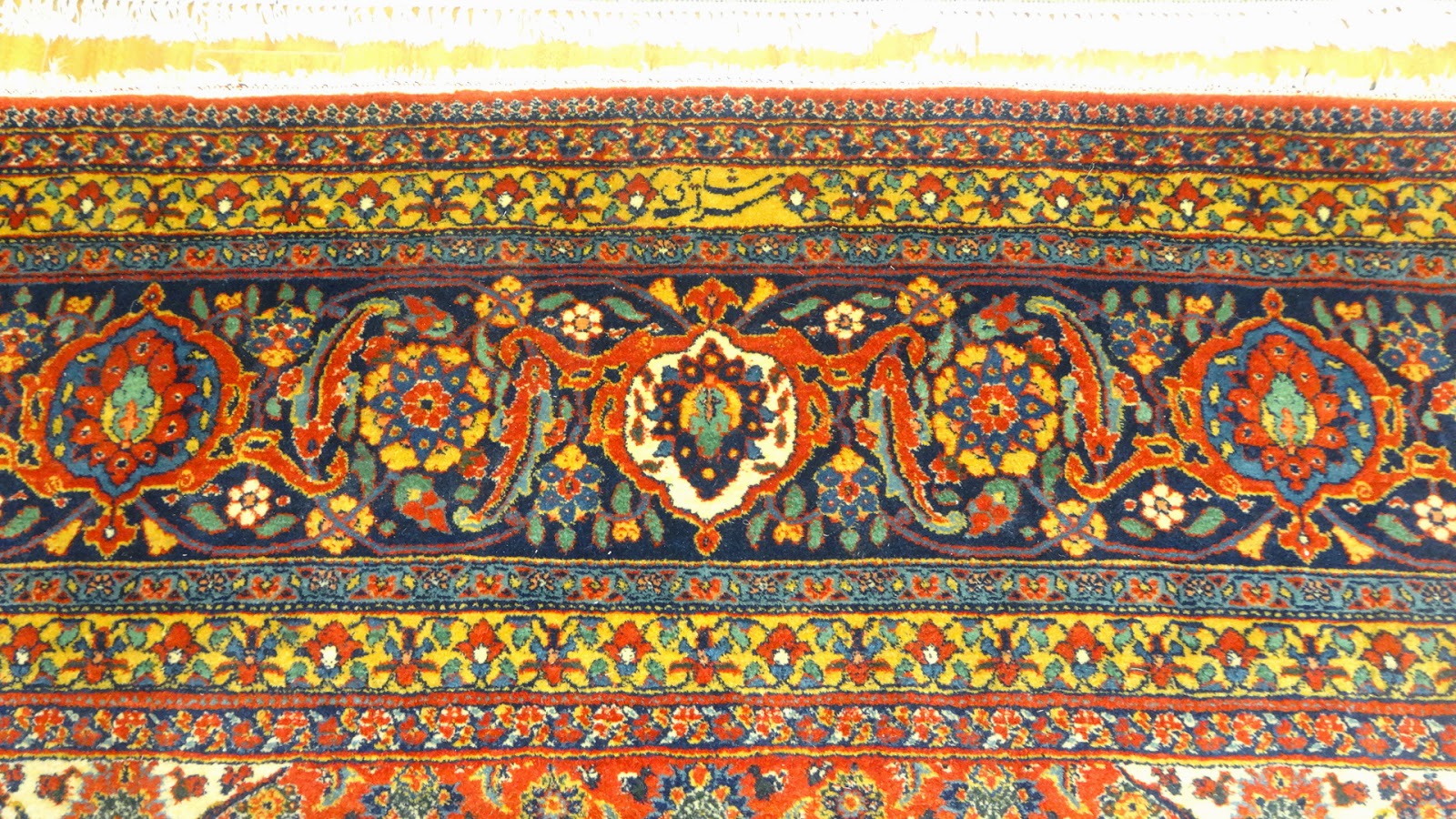 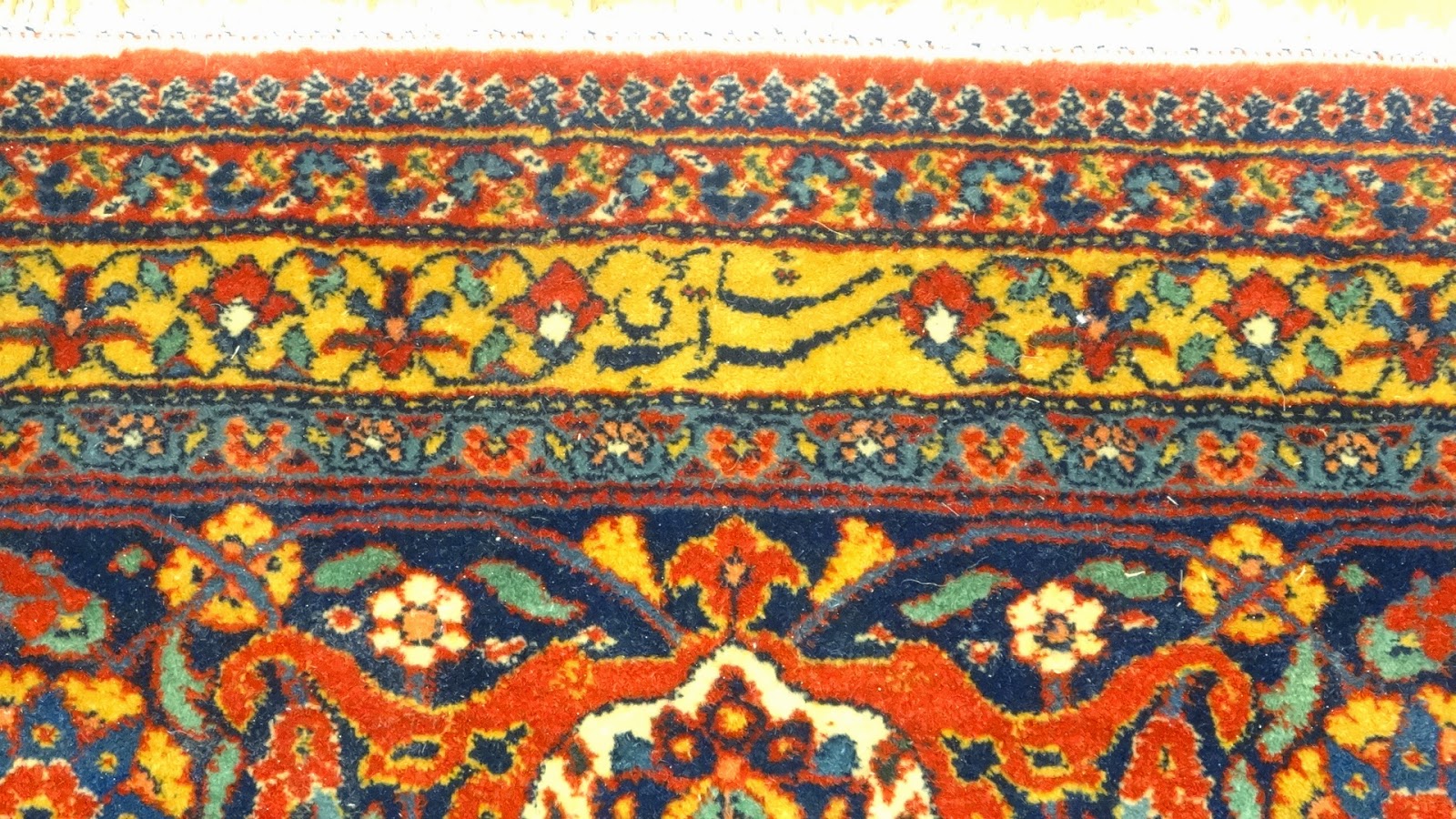 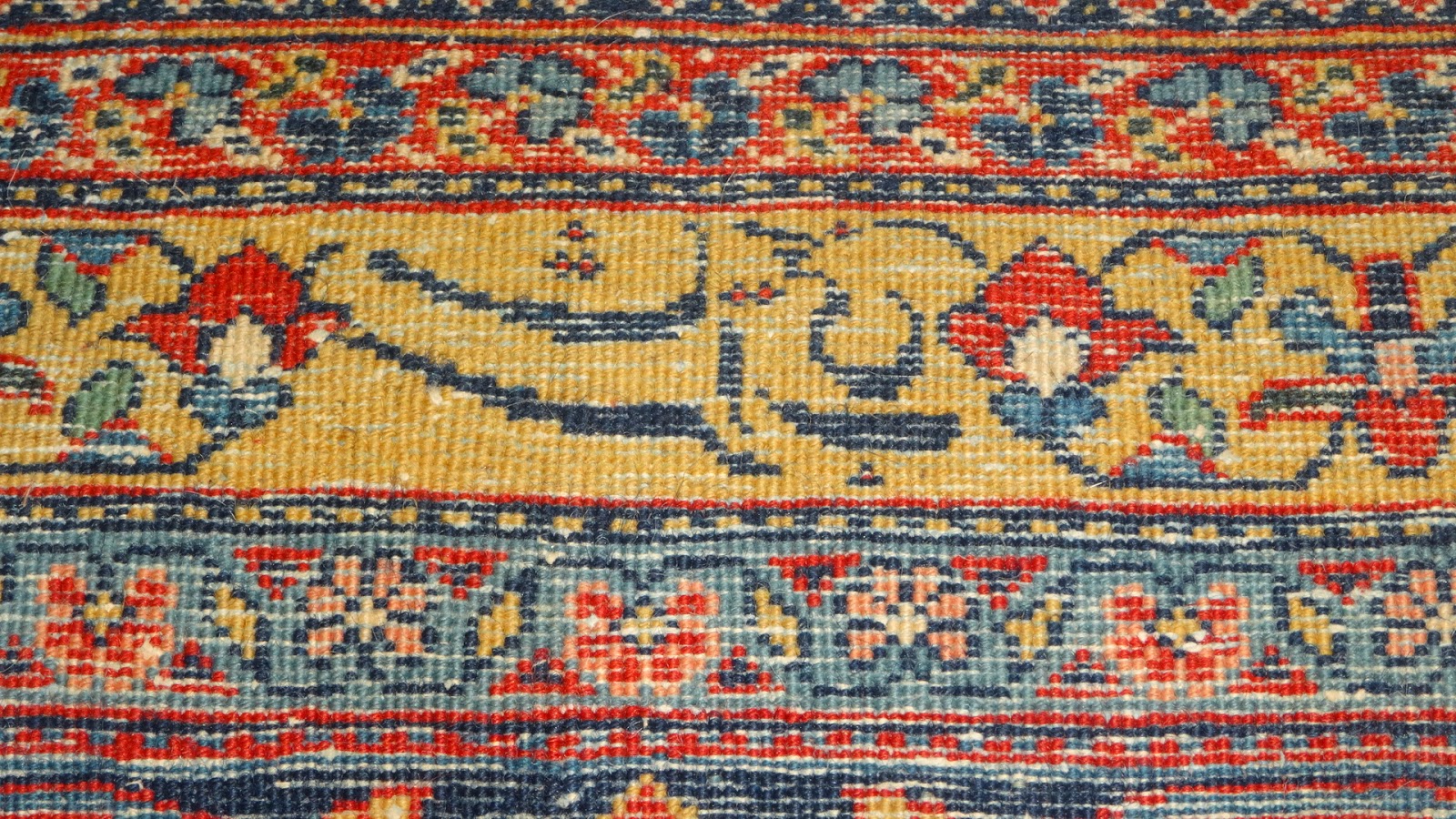 There isn't much literature available on this workshop or Mohammad Mashayekhi himeself. His carpets had relatively high knot density (35-45 radj Tabriz scale) of around 200 knots per square inch. The weave was fine and tight which showed the high quality of the craftsmanship and mastery of the weavers. The quality of the Lamb's wool used in weaving each rug was high. It is unknown if local wool of Moghan sheep was used to make Mashayekhi Sarab rugs or not, but the wool used was soft, and fine. Designs were usually of quarter corners and a big central medallion with a newer version of classic Herati which is called fish or Mahi now.

The common design of the borders of these Sarab carpets is called "Samavar/Samovar Faucet". Samavar or Samovar is a heated metal pot/container used to boil water to brew tea in Russia, Iran, and in many other areas and countries in Central and South East Asia and probably in East Europe. 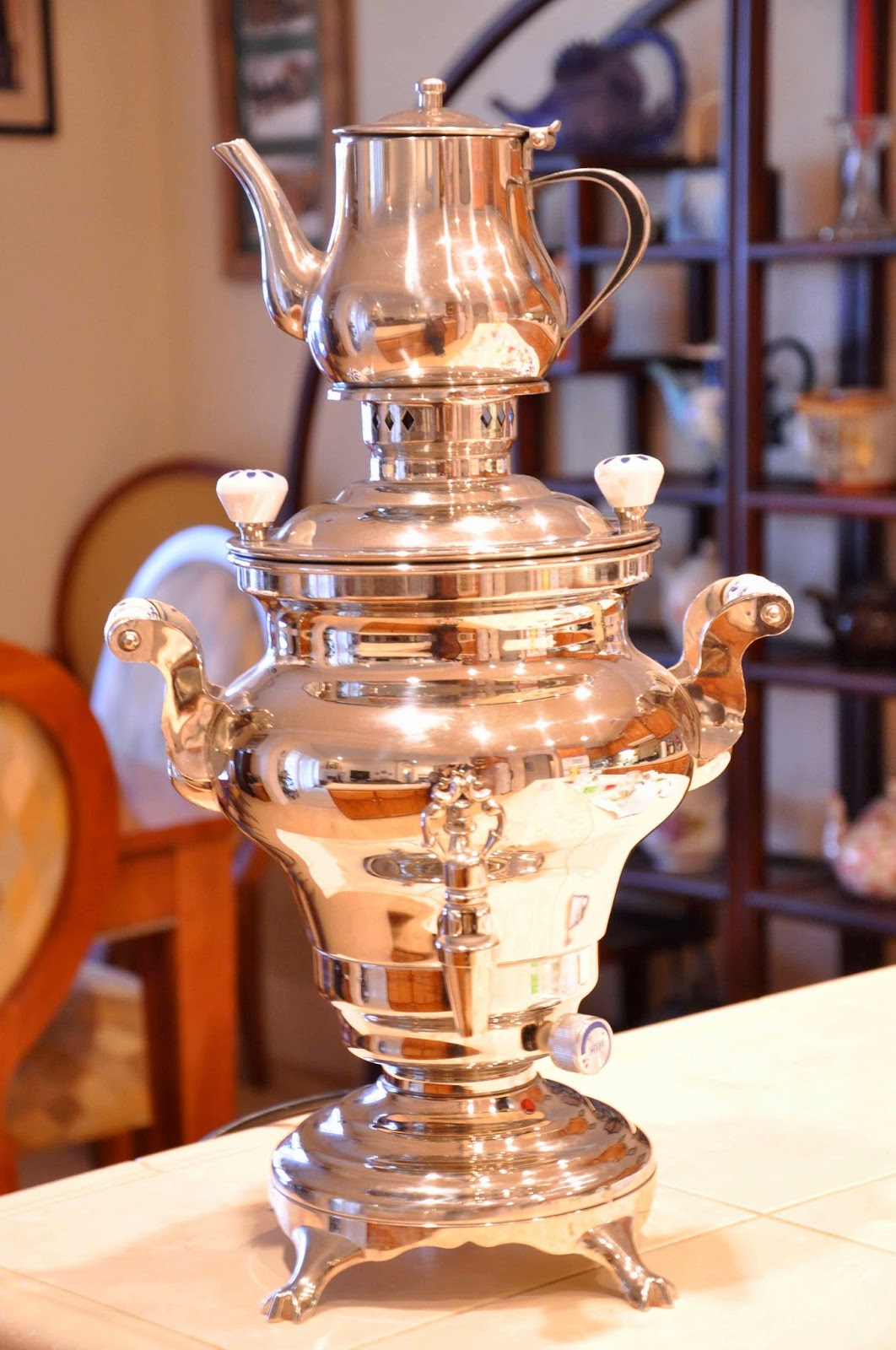 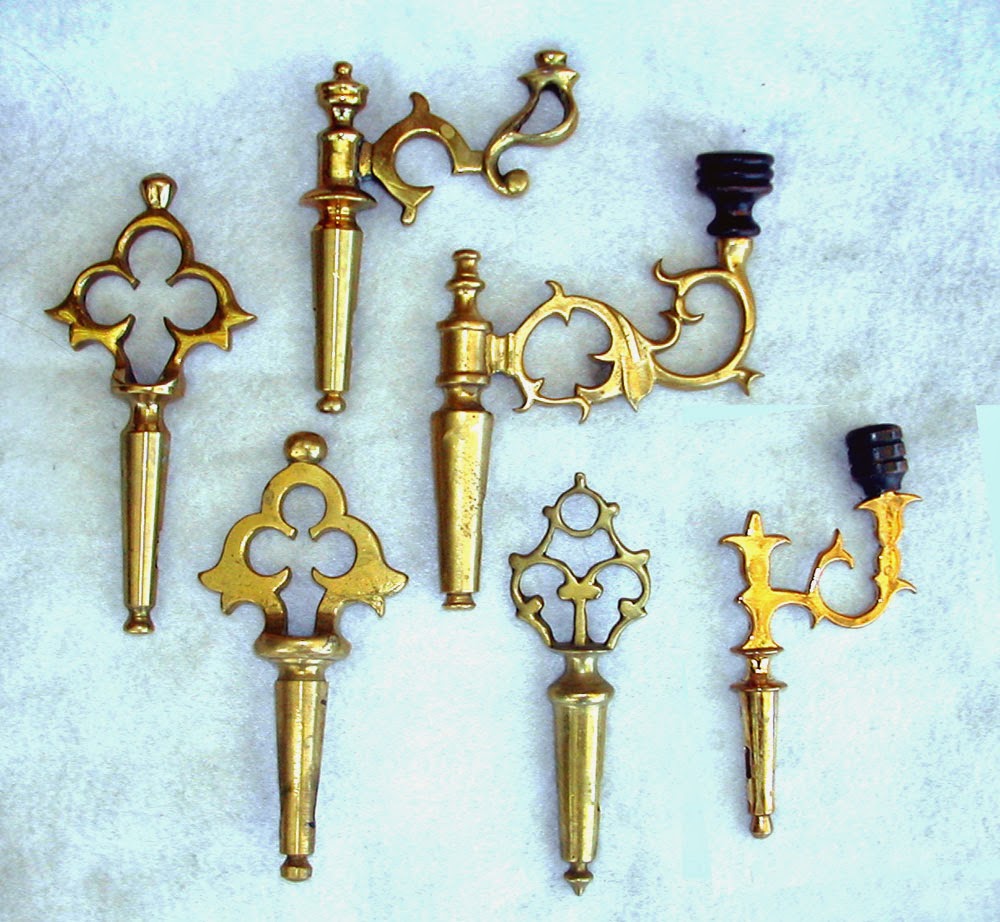 Take a look at the resemblance of these faucets and the border of the Mashayekhi signed carpet border above.