Scandinavia has a long tradition of weaving natural homespun flat-weave and shaggy colorful rugs that are necessary in order to cope with the long, dark days of the Scandinavian winter. This is a home or cottage industry, with a continuous tradition over the centuries. It has never died out, but had evolved, particularly during the 20th century, to produce highly modern designs and patterns that are based on ancient motifs. 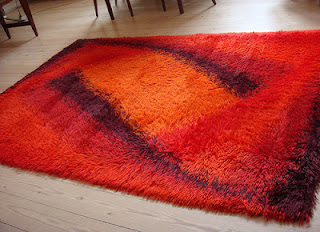 Rya rugs are double-pile rugs, thick and shaggy, made for warmth in various parts of Scandinavia (especially Finlad), and they may have been inspired by the animal skins that would originally have been used as rugs and coverlets. They date back at least to the 10th century, and were used both as floor coverings and bed covers. They were initially in solid colors, but by the late 18th century, they were being decorated with designs taken from pattern books imported from France and Germany. 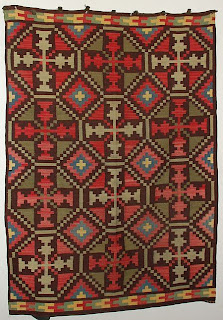 The double-weave Scandinavian rugs and pillows from the south of Sweden, known as rolakans, also have a particular boldness in juxtapositions of clear, bright colors, together with that clarity and simplicity of design that is particular to Scandinavia. They were often woven in wide stripes or repeating interlocking triangles, using plain rather than split-weave technique. These rugs use patterns that seem to have survived, more or less unchanged, since Viking times. 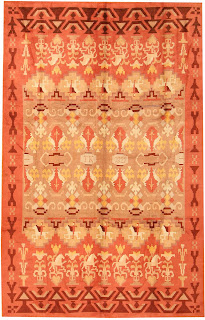 Caitlin at The Rug Warehouse said...