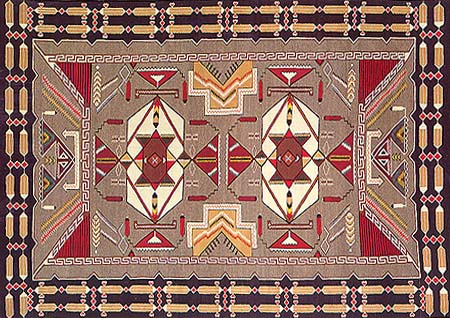 Navajo Rugs have a tremendous visual impact, which reflects the strength of Navajo culture and their tradition as a people. Weaving designs evolved from simple beginnings in the 18th century, and became more elaborate in response to changing demands during the second half of the 19th century. Today, they have returned to a newfound simplicity. The method of weaving has remained virtually unchanged, and is basically the tapestry- or flat weave technique used in Middle Eastern kilims. 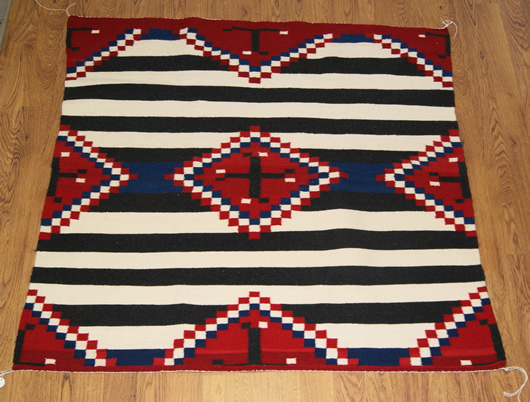 The Spanish introduced sheep into Old Navajo Land near New Mexico in the 16th century, and the nomadic Navajo acquired large flocks from them and became famous for the blankets that they wove for their own use. During the complex history of banishment and then their return to a diminished territory, Navajo's weaving was influenced by many factors, including shortage of wool and the weaving of their neighbors, the Pueblo. 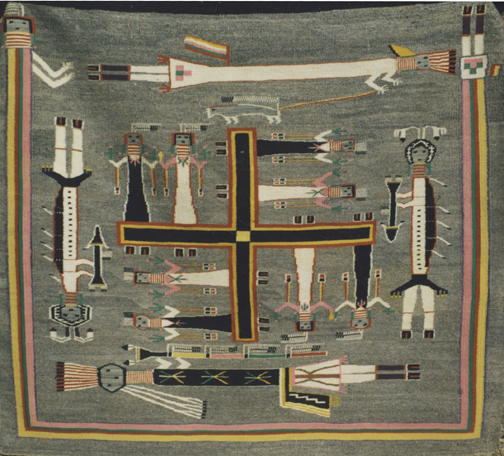 When the Navajo first acquired their flocks, they spun the yarn from their own fleece, and they have returned to this today. During the intervening period, they bought commercial yarns that were available in a choice of string, bright colors. Today's pieces are brightly colored, sturdy, and largely made up of stripes or diamond motifs. Unlike Middle Eastern work, individual Navajo weavers may become well-known for the quality of their weaving and designs, and a particular weaver's work can be more expensive that that of other weavers. The weaving is done by women who learn through a "watch and do" process.