Yesterday, I had two lectures on Persian carpets at Bowers Museum in Santa Ana, in south California. The first lecture was at 11:30 am and the second one was at 1:30 pm. We had many rugs on display in one of the biggest halls of the Museum with live rug weaving show which the visitors tried and liked. We also showed a 15-minute documentary on rug making in the Qashqai tribe. The lectures were accompanied by live Persian music of Santour played by an Iranian young lady and daf, a kind of drum performed by a 12-player group.

It was a great day full of education and fun. I will post several pictures of the event later.

It was possible to hold this event by the great kindness and help of Linda Khan, the Vice President of Education in the Bowers Museum. Maryam Molavi, the head of the Persian Cultural Arts Council worked selflessly for many weeks to plan and execute this wonderful event. I appreciate both ladies' enthusiasm toward Iranian arts and culture. In each of the events, we had raffles and I donated a small Persian rug to the winner. The Child Foundation, a non-profit charity was also one of the supporters of the event.

Established in 1994, Child Foundation is a 501 (c) (3) nonprofit organization registered in the state of . Child Foundation's programs currently serve children in: , , , and the . Almost all of the 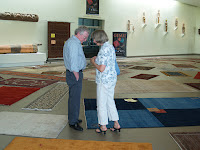 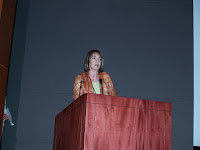 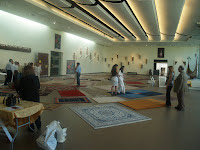 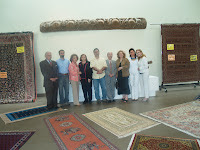 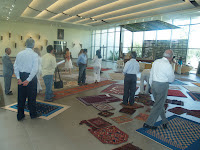 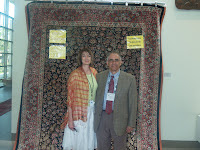