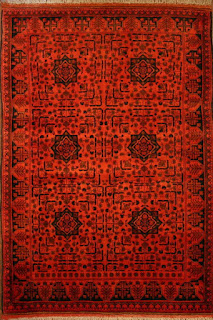 Afghanistan is an arid and desolate land whose people have lived in turmoil for centuries, was ruled by the British from the seventeenth century through the mid twentieth century. The British rule was replaced by King Mohammed Zaher who rules until the Russian invasion forced his exile. Meeting with great resistance the Russians left, leaving Afghanistan with further turmoil caused by the Taliban. The Afghan people come from a tribal background where they learned to be prolific rug weavers; the art of weaving being passed down from mother to daughter. 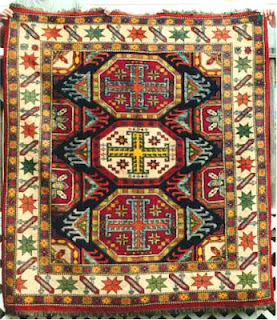 Rugs from Afghanistan tend to be quite stylized with a limited number of colors. The Afghan guls and the Ersari are similar to the "Bokhara" in pattern and color and are the basis for most Afghanistan rugs. Another popular type is the Belouch, which are primarily made by nomadic tribesmen. The Belouch weavers are particularly fond of prayer rugs in dark colors and primarily utilize geometric patterns. 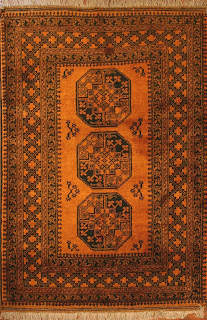 Many rugs are made by Afghan refugees living in Pakistan, on the "New Frontier" along the Afghanistan border around Pesharar. Some of these rugs contain traditionally Afghan designs. However the Caucasian and Persian designs woven there are very popular with today's decorating trends.