From Tents To Palaces

The rugs that now adorn countless homes, offices and even palaces trace their ancestry to nomadic tribes which wandered the desolate lands of Turkey, Iran, and the Caucasus. These nomadic tribesmen who herded sheep used the wool to create monochromatic flat-weave rugs. 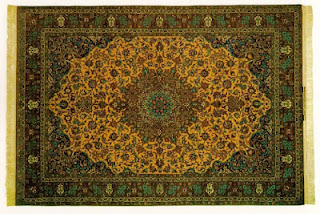 As time passed, they began dying the wool with natural dyes and creating simple, geometric patterns. These same, centuries old techniques can still be found in kilims, grain sacks and saddlebags being woven today by people whose lifestyles remain the same as their ancestors. 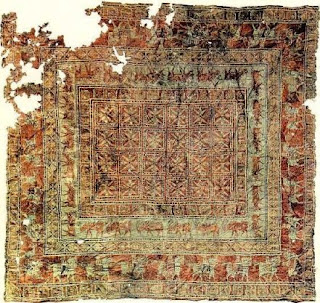 No one knows when the first tufts of wool were woven in the threads of a carpet to create a raised surface, i.e. pile. Pile rugs have been discovered in tombs and burial sites which date back to the fifth century B.C.. The Pazyryk Carpet discovered by S.I. Redinko, in a frozen tomb in Siberia is now housed in the hermitage Museum, St. Petersburg, Russia. These early rugs demonstrate many of the same techniques and design in use today. 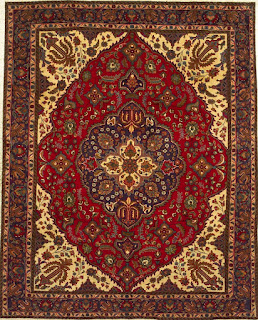 During the sixteenth and seventeenth century these pile rugs became coveted in Europe, where they were used at table coverings and wall hangings. By the eighteenth century Oriental Rugs had begun to be used as floor coverings. Their popularity has continued to grow, and they can now be found throughout the world.

I am a big fan of Persian rug. I got one from Dubai. But the problem was with cleaning. My son spilled ink on it and I just couldn't wash it off with shampoo. I had to seek the help of carpet cleaners santa clarita who did a wonderful job.

Hi there to every body, it's my first pay a visit of this blog; this blog consists of amazing and truly excellent data in support of visitors.