The Caucasus and Central Asia 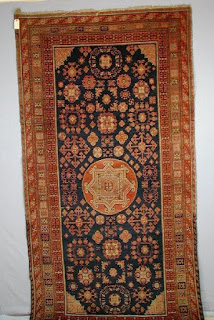 Two areas formerly in the Soviet Union are traditionally noted for the beautiful rugs they produce: Turkestan in Central Asia and the Caucasian Mountains. While this centuries old tradition was interrupted when the Communist Party took control, it was later encouraged in government factories in both areas. Now, with the fall of Communism, weaving is returning to a cottage industry. 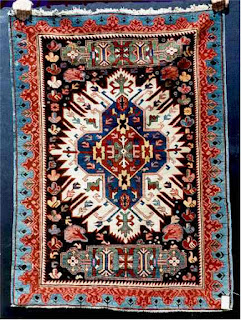 Rugs from the Caucasus typically have bright colors and strong geometric patterns which sometimes feature both animal and human figures. The rugs being made today maintain the traditional patterns and colors and continue to be high in quality. 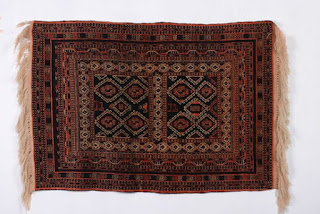 Turkestan is noteable for its production of the ancient "Bokhara" patterns. The name "Bokhara" for modern Pakistani rugs derives from the name of the railway station where these rugs were collected and shipped to the West. These rugs are traditionally a deep shade of red with a repeating pattern of guls (polygons) in dark blue, black or brown with white accents.