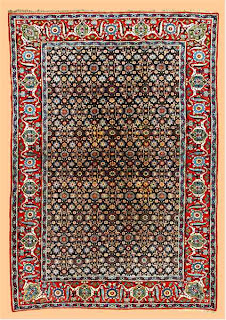 Tehran became the capital city of Persia in 1795 by Agha Mohammad Khan who was a monarch of the Qajar dynasty. Tribal khans and chieftains from allover Iran, in search of closer relations with the Shah and his court (which meant more power and wealth), moved to the new capital from their ancestral lands, accompanied by their followers. With the arrival of each new group of immigrants, others from their wider tribal affiliates followed. 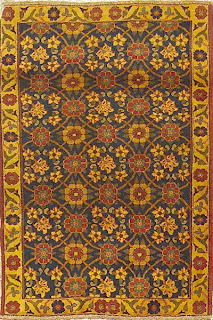 Although, the rapidly expanding metropolis was able to accommodate the new comers, it was far from suitable for their traditional pastoral lifestyle, their herds and tents.The nearby Varamin plain, some forty kilometers (25 miles) southeast of Tehran, easily answered this need. Until recently, Varamin preserved its separate rural identity, with many villages, tribal tents and numerous flocks of sheep and herds of camels. 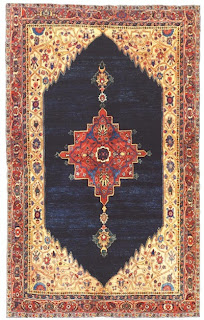 In Varamin, the immigrants regrouped in their new homeland in tribal and ethnic concentrations. Thus we find Kurds and Lors in the north, Arabs in the south and Turks everywhere but the majority in the east. In the past 100-150 years, people of Varamin favored making gelims (flat weaves with no pile) over piled rugs. In recent years, however, the situation is reversed so that today, rug weaving has replaced gelim weaving as a typical Varamin textile. In preparing the above mentioned text, we have used the following: Tanavoli, Parviz
Rustic & Tribal Weaves from Varamin Yassavoli Publications, Tehran 2001 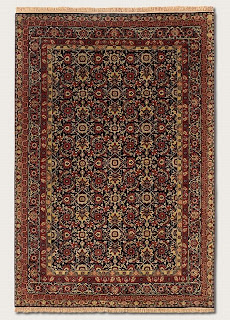 Relying on the rich weaving culture of the region, we have been using some old designs with new color palettes and new European and American standard sizes to produce Persian Varamin Collection. All the rugs in this unique collection, are made from the best hand-spun wool and vegetal dye available through our world wide known master dyer. Three major designs are: camel foot design, pond (hozy) design, and panel Shah Abbasi design.